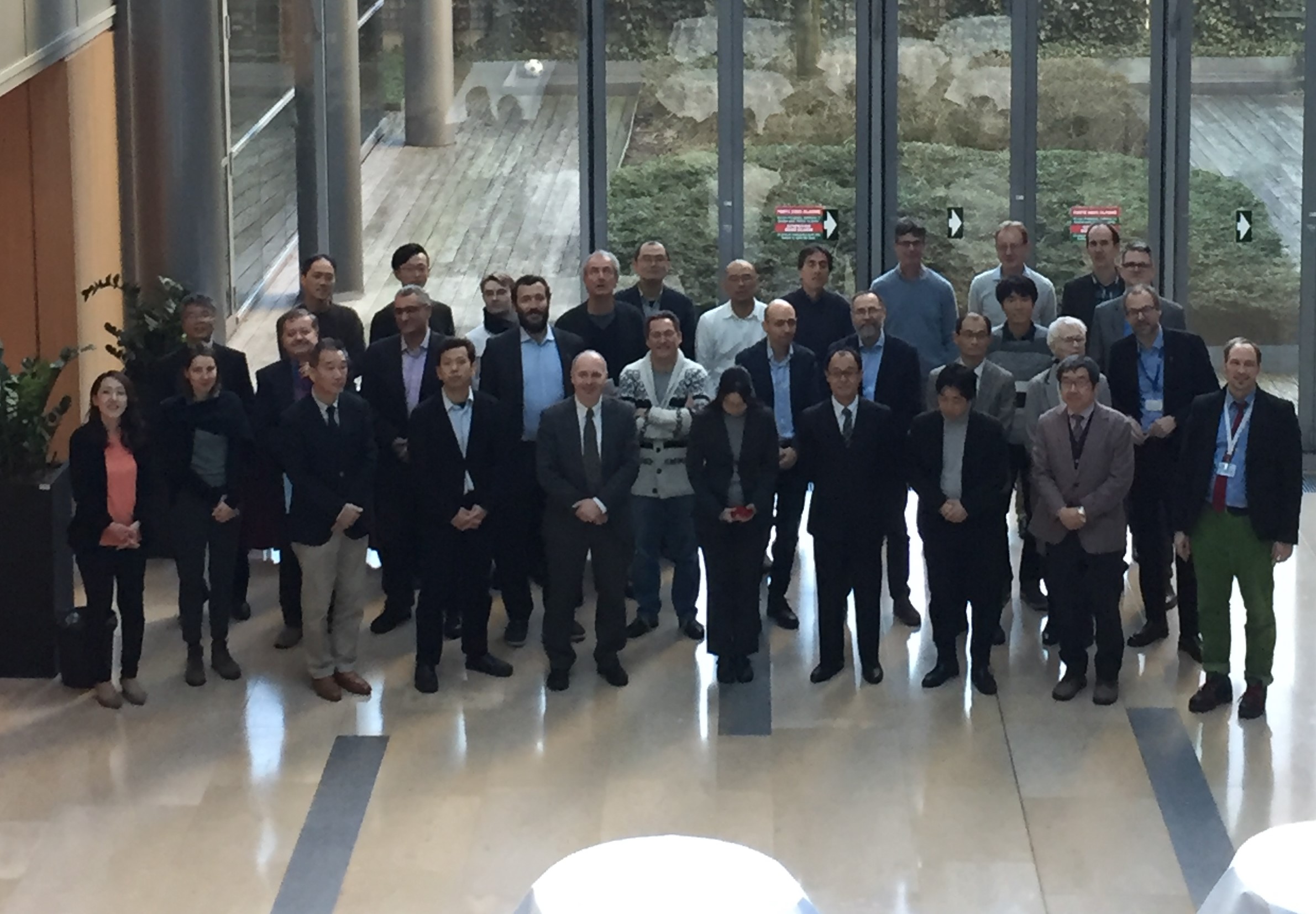 Several members of the EUCP team recently had the chance to share their important work with colleagues from across Europe and Japan, at the 8th EU-Japan Workshop on Climate Change Research, hosted by the Directorate-General for Research and Innovation of the European Commission. The workshop, held on the 6th and 7th of February 2020 in Brussels, provided an opportunity to share ideas at the cutting edge of climate modelling and services, as well as an opportunity for cross-project discussion between representatives of EUCP, CRESCENDO, PRIMAVERA, HELIX and C3S.

Prof. Jason Lowe, science coordinator for EUCP, gave the delegates an overview of the project as well as sharing some recent highlights. These included progress on comparing and understanding initialised climate forecasts on decadal timescales, new work to enhance the use of ensembles of climate model projections in Europe using observation-based constraints, and discussion of the important role played by end users in the project, with examples of some of the user-focussed case studies being produced.

Prof. Erik Kjellström of the Swedish Meteorological and Hydrological Institute (SMHI) shared new work on high resolution regional climate models, showing that they can provide better simulations of extreme weather events than the current generation of regional models. EUCP can use these results to provide end users with more detailed simulations they can have confidence in, improving their ability to plan and adapt to these future events.

Prof. Francisco Doblas Reyes of the Barcelona Supercomputing Centre, a lead member of EUCP work package 1 and companion project Climateurope, described to the workshop delegates how projects can better interact with users and other scientists, sharing information in new and exciting ways, including climate festivals and stories of how climate services have provided benefits to people’s lives.

It was clear from the talks how EUCP is contributing to wider international efforts such as the World Meteorological Organisation’s aim to collect and compare decadal forecasts, led by the WMO Lead Centre for Annual-to-Decadal Climate Prediction, a member of the EUCP consortium. The role EUCP is playing in the EURO-CORDEX project was also highlighted.

An exciting opportunity provided by the workshop was to hear more about the major Japanese project TOUGOU, which is improving our understanding of climate modelling and how to use climate science tools to provide global projections and possible future climate scenarios, helping stakeholders in Japan prepare for the future. There was much for the EUCP colleagues to learn from the exchanges of ideas with our colleagues from Japan, and the Q&A sessions and discussions were particularly useful. Two particular examples were the excellent presentations given by Dr. Izuru Takayabu of the Meteorological Research Institute in Japan and Prof. Eiichi Nakakita of Kyoto University. Dr. Takayabu described how national climate scenarios are being constructed and the important role of downscaling, while Prof. Nakakita talked about how the results could be used in adaptation planning and decision making. For EUCP there were clear lessons, including needing to better understand how to incorporate different sources of uncertainty into projections and the importance of linking the scientific approach to users’ decision-making needs.

Following this workshop, we will now consider how we can apply these important lessons at the EUCP General Assembly in March 2020, as well as keeping in contact with the researchers we had the opportunity to meet at the workshop.

Click the picture and download the presentation by Prof. Jason A. Lowe at at the 8th EU-Japan Workshop on Climate Change Research 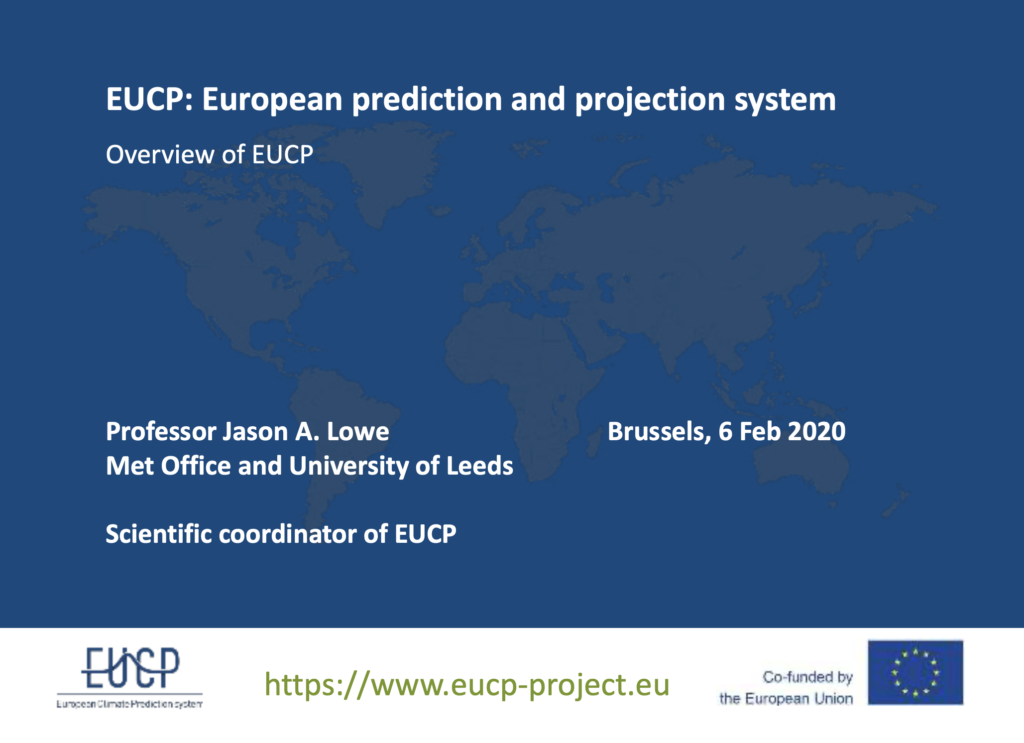