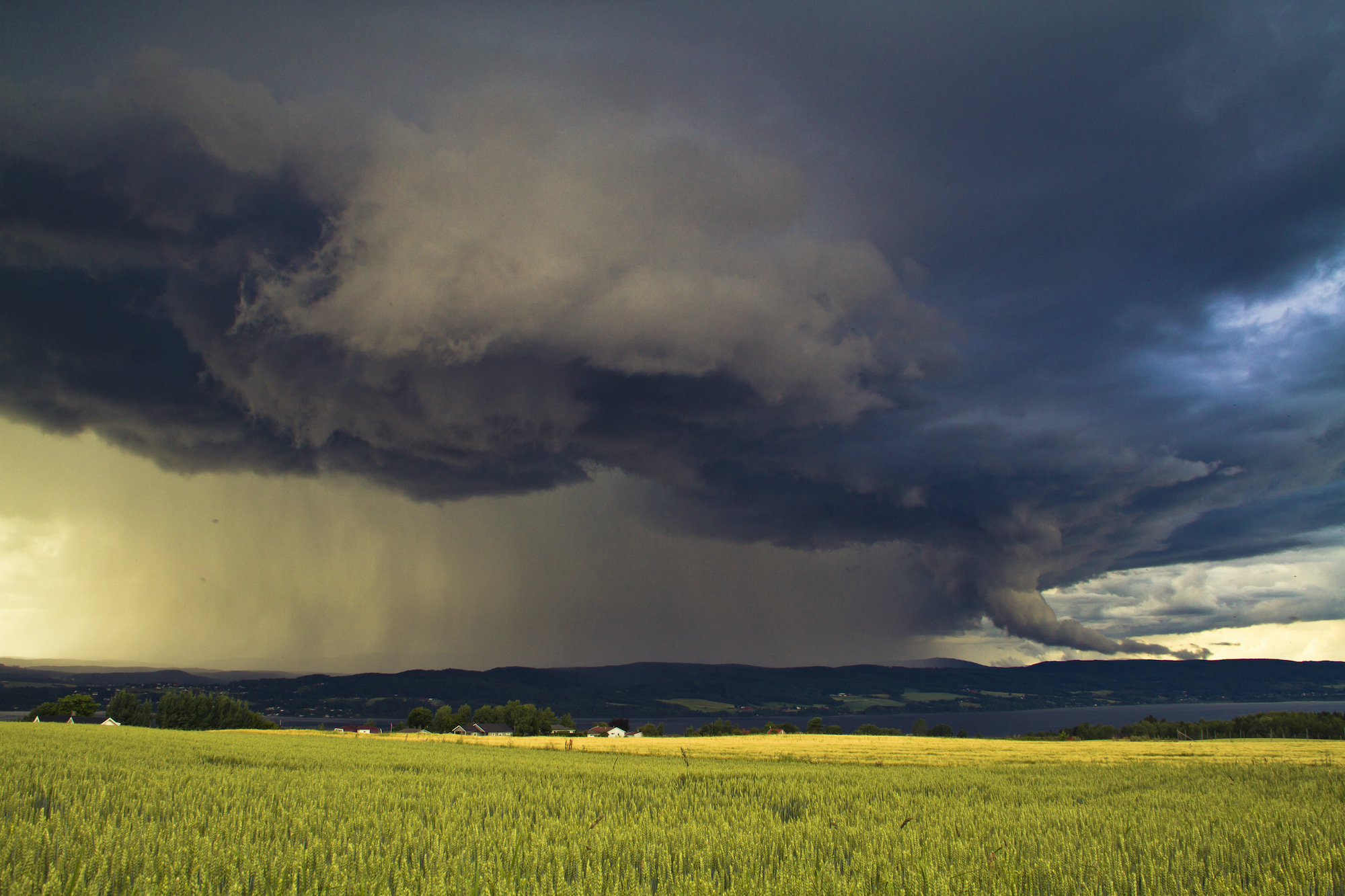 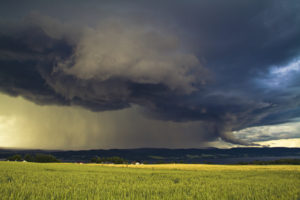 In EUCP, state-of-the-art regional climate models have been used to produce climate simulations at a resolution that has never been produced before on a European level. This will benefit users by producing improved simulation of extreme events such as intense rainfall and winds, including providing access to projection information on finer time-scales than earlier models.

The new very high resolution regional simulations better represent real world geographic features such as the topography, coasts, city environments, and also better resolve processes, such as atmospheric convection, which are associated with storms. The areas of Europe covered by these new simulations are shown in the Figure 1. We are in the process of adding some further simulations to include some of the EU’s remote territories. Simulations are being made for a baseline period near to present day alongside projections for the mid-century and end-century future climate. 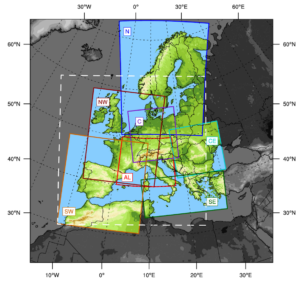 Many of the new simulations have been completed and the first stage of analysis has demonstrated a clear improvement of the new models compared to those previously used for regional simulation, for instance in the simulation of extreme precipitation. The Fig.2 shows the benefit of using one of the new very high resolution models with a grid scale of 2.5km (right hand plot), compared to a coarser climate model with a grid scale of 12.5km (left hand plot). The figures show the difference between model simulations and observations for extreme precipitation (taken here as the 99 percentile) for south of France. Analysis is now focusing on the climate changes simulated by the higher resolution models. 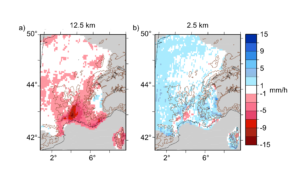 Figure 2: Differences between intermediate-resolution simulation (ALADIN at 12.5 km grid mesh) (a) and convection permitting simulation (CNRM-AROME at 2.5 km grid mesh) (b) with observation (COMEPHORE) for the 99.9e percentile of hourly precipitation for autumn from 1997 to 2015 (Caillaud et al., in prep.).

The simulations in EUCP form a contribution to the flagship pilot studies in CORDEX, and will provide new data and knowledge beyond the EUCP project.

Previous Decadal prediction: what are the biggest knowledge gaps
Next User involvement, the cornerstone of EUCP