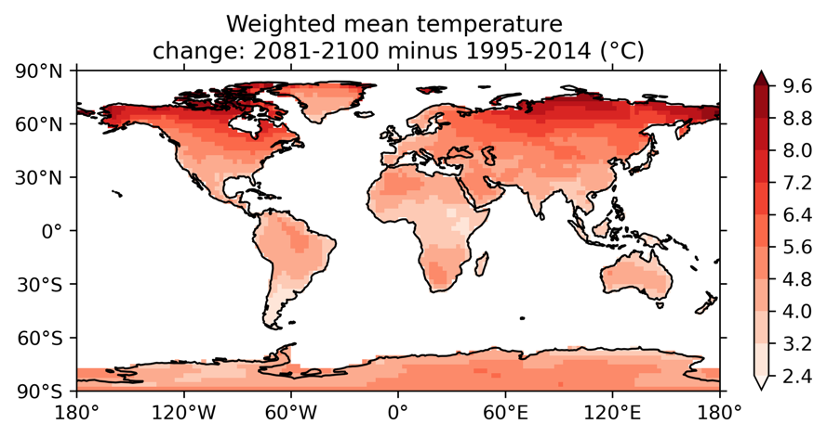 Through its commitment to open science, EUCP also aims to provide a legacy of code for future research and applications. One of the methods used in several studies within EUCP is the Climate model Weighting by Independence and Performance (ClimWIP) method. It provides flexible options to weight multi-model ensembles of global climate models, such as CMIP6, based on each models’ performance in simulating observed climatological fields, for example. The ClimWIP method, as well as so-called recipes to reproduce results from several studies, have recently been included into the Earth System Evaluation Tool (ESMValTool) in version 2.3.0. The results in these studies can serve as a starting point for users to develop their own applications.

The implementation of ClimWIP into the ESMValTool provides a range of benefits for scientists (working with the method or further advancing it) as well as for users: